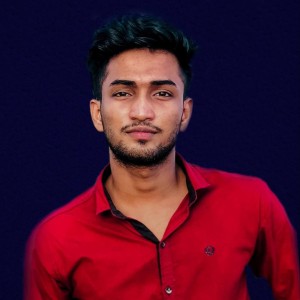 Sri Lanka is set to implement a number of changes to its income tax system in 2023. These changes are expected to have a significant impact on individuals and businesses, and it is important for taxpayers to be aware of what to expect. In this blog post, we will outline some of the key changes to the income tax system in Sri Lanka that are expected to take effect in 2023.

What is Income Tax?

Income tax is a kind of tax charged from individuals and organizations on the subject of income or profits earned by them from both inside and outside of the country.

Every government considers these tax incomes are the major inter-country earnings. The Government uses those taxes for many costs such as infrastructure development projects, public services like health, education & civilians life improvement programs.

Income tax is charged according to the overall income of an individual or an establishment. It has been restricted to a certain eligible amount for settling the tax.

Every citizen and resident earning in Sri Lanka is being charged Income Tax according to how much they’ve earned in a total of a month. If you have 500,000 LKR surpassed monthly earnings, you’re liable to pay tax for your income. The code of the Inland Revenue Department (IRD) of Sri Lanka classified the tax payable sources of income.

Total gains and profits earned from employment for a year of assessment by an individual.

Income or Profit from a person’s own conducted businesses for a year of assessment.

A person’s income from investments he/she funded for a year of assessment.

A person’s income from various other sources for a year of assessment. Anyhow it does not include the profits from ordinary and non-recurring channels.

Tax Paying Eligibility for the Residents and Non-Residents.

The taxable income of a resident or non-resident individual for a year of assessment commencing from April 1, 2023, shall be taxed at the following rates.

Sri Lanka provides some flexibility in paying the tax to the IRD. The commission allows both individuals and organizations to pay the entire estimated tax in an installment.

In consonance with the Inland Revenue Act, No 24 of 2017 the tax regulations give exemptions for some selected payments. For the following payments, an individual can get a deduction even from the part of his/her tax payable income for that year of assessment.

Sri Lankan citizens are eligible for a personal relief of LKR 3 mn annually.

Anyhow this won’t apply to those who’re presenting as trustees, executors, or a liquidator.

Individuals can get an exemption of up to LKR 1 mn for the following expenditure in a year of assessment.

Residents are eligible for the 25% deduction from the total rental income from an investment asset for the year of assessment.

Tax Paying Eligibility for the Residents and Non-Residents.

NOTE: An individual with the status of trustee, receiver, executor or, liquidator won’t be applicable for those exemptions.

Taxing percentage varies based on the industry and profits generated. Medium Enterprises with LKR 500 million annual turnovers are expected to pay lower taxes. The following list shows the tax rates for corporates.

All the tax rates mentioned in the above article are applicable for the assessment year starting from the 1st of April 2023. Consider paying your income tax to avoid unlikeable charges from the Inland Revenue Department. Not only for that but also for a stand along with the country’s development. Let’s help to rebuild the country with a stable economy as one nation.

Uplist.lk is a Sri Lankan based Interactive Local Business Directory. We are building local economies and stronger communities. Levelling the playing field so even the smallest of businesses has a fair shot at success.

Every Sri Lankan with the #foreign #trip desires should read this article. These #countries won’t requires more cash out of your wallet to visit. Check it out and share it with your companions https://bit.ly/3W9iP5d